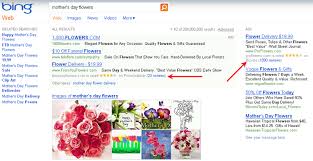 Bing, the name Microsoft gave to the new search service it unveiled Thursday, is its answer to Google — a noun that once meant little but has become part of the language as a verb that is a synonym for executing a Web search.

After months of, uh, searching, Microsoft settled on Bing to replace the all-too-forgettable Live Search, which itself replaced MSN Search. Microsoft invested billions of dollars in those services and failed to slow Google’s rise, so a new name certainly can’t hurt. Microsoft’s marketing gurus hope that Bing will evoke neither a type of cherry nor a strip club on “The Sopranos” but rather a sound — the ringing of a bell that signals the “aha” moment when a search leads to an answer.

The name is meant to conjure “the sound of found” as Bing helps people with complex tasks like shopping for a camera, said Yusuf Mehdi, senior vice president of Microsoft’s online audience business group. And if Bing turns into a verb like, say, Xerox, TiVo or, well, Google, that would be nice too. Steven A. Ballmer, Microsoft’s chief executive, said Thursday that he liked Bing’s potential to “verb up.” Plus, he said, “it works globally, and doesn’t have negative, unusual connotations.”

Some branding experts said choosing the name Bing was a good start, but also the easiest part of the challenge facing the company, since most people turn to Google without even thinking about it. Michael Cronan, whose consulting firm helped come up with brands like TiVo and Amazon’s Kindle, said Bing’s sound, brevity and “ing” ending were all positives.

“It has a promise that you are going to find what you are looking for, and that’s great,” Mr. Cronan said. “But its success is entirely wrapped up in the quality of the experience that Microsoft can deliver.” Peter Sealey, a former chief marketing officer at the Coca-Cola Company, said Microsoft should have picked a name that more directly connotes search. 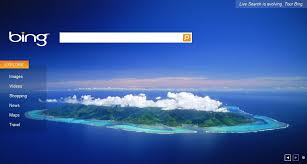 “Bing has no equity; it signals nothing,” Mr. Sealey said. “It is going to be an enormous expense to create an image for this thing called Bing.” Google’s name is a play on the word googol, which is a 1 followed by 100 zeroes. The company has said the name speaks to its ambitious mission to organize all the world’s information.

Asked about Microsoft’s choice of name at a press conference on Wednesday, Sergey Brin, a Google co-founder, said he did not know enough about the new service to comment on it. Then he deadpanned: “We’ve been pretty happy with the name Google.” Meanwhile, some tech people were already noting that Bing is also an unfortunate acronym: “But It’s Not Google.”