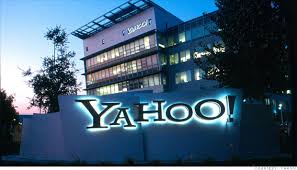 Carol Bartz is the new CEO of Yahoo Inc. The decision to lure Ms. Bartz, 60, from software maker Autodesk Inc. ended Yahoo’s two-month search to replace Mr. Yang. It didn’t take long for Carol Bartz, Yahoo Inc.’s new chief executive, to demonstrate that her style will differ dramatically from that of her predecessor – Jerry Yang, the genial, soft-spoken co-founder of the struggling Internet company.

Less than an hour after Yahoo announced her hiring Tuesday, Ms. Bartz was vowing to ensure the company gets some “… breathing room” so it can “kick some butt.”

“I see this as a company with enormous assets that, frankly, could use a little management,” Ms. Bartz said on a conference call that was cut short so she could hustle off to her first meeting with her new subordinates at Yahoo. Yahoo’s decision to bring in an outsider apparently irked its president, Susan Decker, who also was a candidate for the CEO job. She now plans to resign after a transitional period. Both Mrs. Decker and Ms. Bartz are on Intel Corp.’s board of directors.