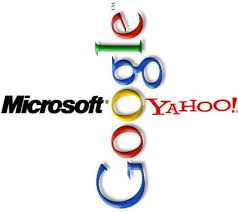 A day after unveiling a new Internet search partnership, Yahoo and Microsoft defended it against criticism that Yahoo could have done better.
“We have gotten exactly what we wanted out of this deal,” Yahoo Chief Financial Officer Tim Morse said Thursday. But investors drove the Sunnyvale Internet portal’s stock down another 3.6 percent to $14.60. The company’s shares are down 15.2 percent for the two days since the deal was announced.

Analysts were disappointed by the lack of a large upfront cash payment to Yahoo. Some were also unhappy that Yahoo didn’t get a long-term revenue guarantee from Microsoft and felt that the Redmond, Wash., company got the best of the deal.

← The Yahoo-Microsoft Deal: What it Means for SEO New Search Engine →