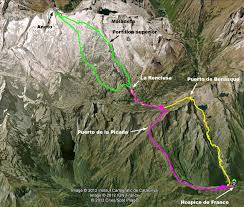 NEARLY five million users have visited “Geoportail,” the French answer to Google Earth, in the first day of the site’s operation, the portal’s developers say.

The flood of traffic to the site, which offers offering high-resolution aerial imagery of France, has meant only about one in five has been able to connect to Geoportail (www.geoportail.fr), developed by the state-funded National Geographic Institute (IGN), in a bid to rival the success of the US pioneer in the field, Google Earth………..More At……….