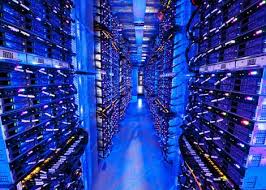 Search engine giant Google is nearing completion of a new data center on the banks of the Columbia River in Oregon. But trying to get information about the project is almost as difficult as finding Bigfoot.
Although Google officials did go so far as to confirm that the company is building a facility in The Dalles, that’s about all they would say — except to note that the company has technology infrastructure facilities around the world that support its services………..More At……..