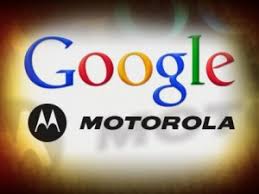 Google and Yahoo, for the second time, announced new mobile activities on the same day. Their approaches, while quite different, will increasingly bring the giants into conflict in the emerging market for delivering consistent services and content across home, PC and mobile devices â€“ and will enable them to challenge the handset makers and carriers to be the dominant mobile brands.
But while Yahoo is sticking to its core capabilities, and simply increasing the range of delivery platforms, Google has a wider agenda that will increasingly embrace the wireless network itself, and has even gained patents covering fast cellular data transmission.
The key mobile announcement by Google at last weekâ€™s CES consumer electronics show was a deal with Motorola to offer single button access to its search engine from selected Motorola handsets.
The two companies have signed a three year tie-up which will see Motorola phones carrying Google in a bid to boost usage of cellphones for internet access and so pique operator interest.
Google could sign similar deals with other handset makers.